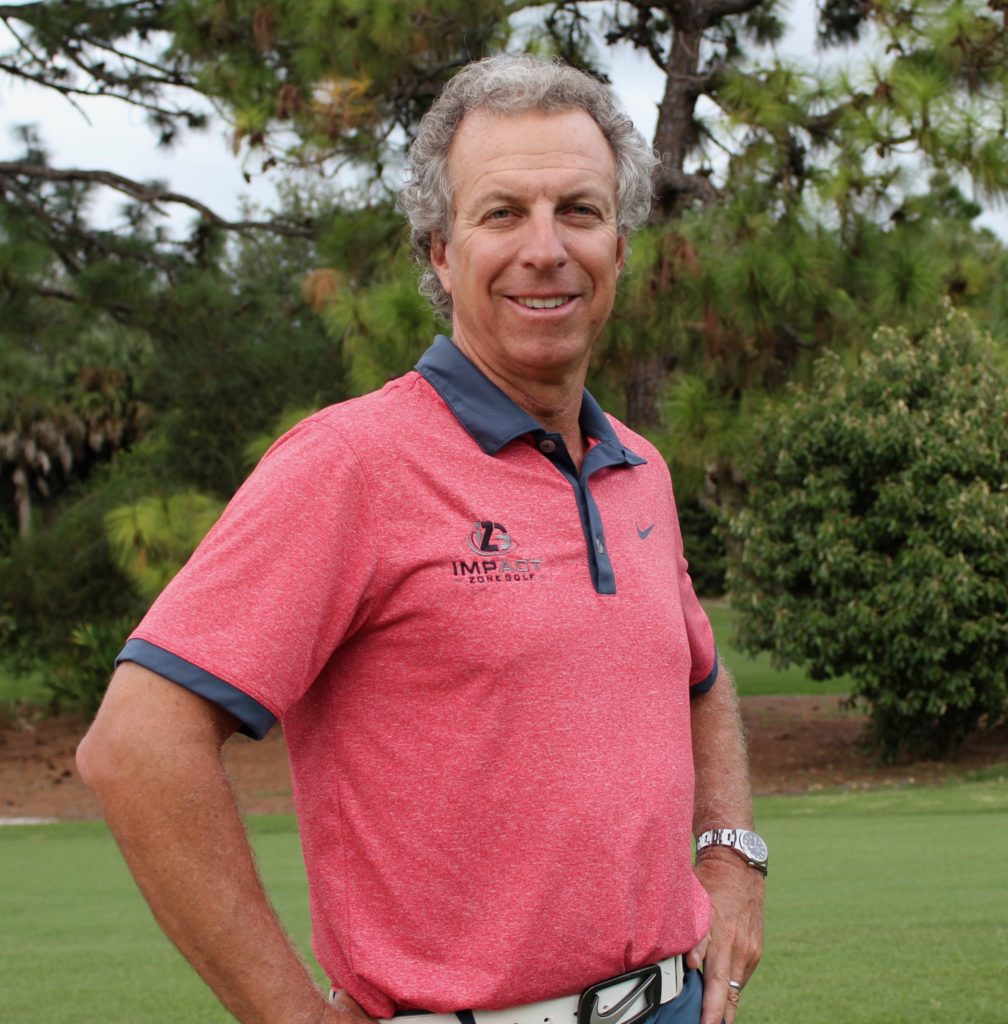 To make a difference in growing the game of golf by helping people of all ages enjoy the game through instruction and coaching which enables them to consistently better understand and improve their game.

A PGA Tour Life Member and popular television golf broadcaster, Bobby Clampett is just as well-known within golf’s inner circles as both an avid student of the game and an exceptional teacher, as well.

Somewhat of a “Renaissance Man,” Clampett’s varied interests have led him from playing golf courses to helping design them, as well as from the TV booth to the bookstores, as the successful author of “The Impact Zone.” An avid snow skier and life-long pilot (his father who was a two-time National Air Race Champion), Clampett has discovered another new passion a bit more down to earth: as a winemaker, whose Clampett Cellars announced its first two wines varietals, both red blends, in 2010. Clampett Cellars has since grown to 11 wines in 2019.

Clampett established his golf resume as a champion competitor, winning at the amateur, collegiate and tour professional levels – actually notching his first victory against tour professionals as a 19-year-old. He continued to thrive in his 50s on the Champions Tour having finished in the top 5, 7 times and earning more official money in a short 5 year span than he did in his entire PGA Tour career. Clampett believes his true contribution to the game will be through golf instruction. His insights from personal experience, as well as from studying and competing against the world’s best players for over four decades, has resulted in a philosophy that completely changes the way golfers and instructors perceive and interpret each golfer’s swing.

With his “The Impact Zone Training System,” Clampett challenges the widely accepted theory of golf instruction that is too concerned with a golfer’s swing style, while overlooking its results and effectiveness. “Impact-Based” instruction puts the emphasis where it should be, Clampett professes: on creating better impact to produce consistently good shots and lower scores. The book ignited responses from teaching professionals and players throughout the game. In 2013, Bobby became the first PGA Tour winner in history to earn the PGA’s highest instructor level, PGA Master Professional of Teaching and Coaching.

What People Say
“I still remember our one-on-one time as special. Bobby is not like most sports celebrities. He was just a regular guy. And I enjoyed talking to him about golf, family, life and Wisconsin golf. Just a great guy.”
John JazwiecPresident of Red Prairie Software Company
“On behalf of everyone at Quail Hollow, thank you for the wonderful job you did for us. It was a great time, and everyone thoroughly enjoyed it. Your message was great, and if our members will practice that for a long time, they will have a lot of fun playing golf. It was also fun watching you do it.”
Scott Davenporthead golf professional, Quail Hollow Golf Club, Charlotte, NC
Previous
Next

Known now as the “Father of Impact,” many teachers agree that Bobby has had a greater influence on improving golfers games than any instructor in recent history. Bobby’s discovery dismantles all the confusing, conflicting golf theories and gives golfers an understanding and hope they never thought possible.

Clampett became one of the most celebrated young amateur golfers in golf history, earning honors as the low amateur at the 1978 U.S. Open and 1979 Masters, while still a teenager. And he was still only 19 when he won a professional tournament for the first time, beating a field that included many PGA Tour veterans in the 1980 Spalding Invitational, held on the Monterey Peninsula.

Among his national amateur titles, Clampett posted prestigious victories at the Porter Cup, the Sunnehanna Amateur and the Western Junior and Amateur. He also won the 1978 World Amateur medal in team competition for the Eisenhower Trophy. Closer to home Clampett twice captured the California State Amateur virtually in his own backyard, at the Pebble Beach Golf Links, first as an 18-year-old in 1978 and then again two summers later in 1980. As a result, Clampett was inducted into both the California Golf and the Utah Golf Hall of Fame.

Not to be overlooked was Clampett’s remarkable collegiate career at Brigham Young University, where from 1978 through 1980 he was a three-time First Team All-American and two-time Collegiate Golfer of the Year, winning an NCAA record 12 individual titles in just three years (a record that still stands today). Bobby is a member of the BYU Athletic Hall of Fame and has a trophy case on campus to memorialize his incredible achievements while a collegiate.

Turning pro in 1980, Clampett earned more than $1.4 million during 15 years as regular on the PGA Tour, tapering off is playing schedule following the 1994 season to focus on his second golf career, as a broadcaster. Clampett has enjoyed working for CBS and TNT the past three decades. His obligations to CBS have been limited to the network’s two major championships broadcasts, at the Masters and PGA Championship.

Clampett retired from the PGA Champion’s Tour in 2014 to focus on Impact Zone Golf® which he founded as a way to meet the demands of students and teachers to be involved with his revolutionary Impact- Based™ teaching system. The new project has had a huge effect on his life. He and his wife Marianna lead the company from their World Headquarters in Naples, Florida, where they have built two teaching academies, an indoor performance center and outdoors at the Tiburon Golf Club, Ritz-Carlton Golf Resort.

Member of team winning an Emmy for the British Open broadcast